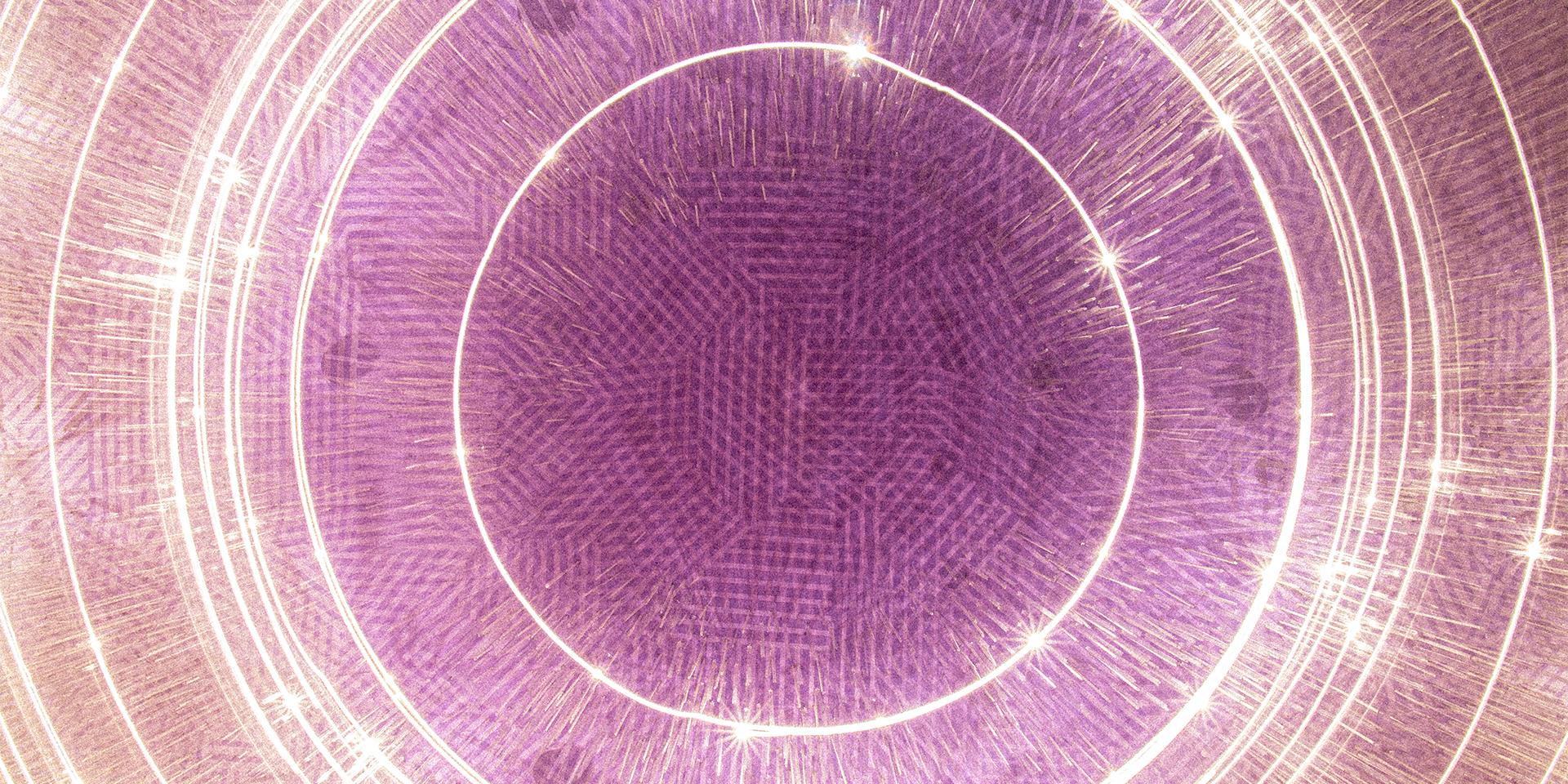 An opera inspired by a true story. In a large port city in Japan, a teenage geisha is sold as a bride to an American naval officer, Pinkerton. The girl, nicknamed Madama Butterfly for her fragile beauty, is deeply in love and unaware that the marriage is merely a game for the man. Soon Butterfly finds herself alone and with a child to raise, but her love is steadfast. After three long years, Pinkerton returns to Japan with his real American wife and Butterfly, crushed by disillusionment, hands her child over to the couple and commits suicide.

The opera, which was completed in 1904, tells a touching story of the encounter and misunderstanding between Western and Eastern culture. The latter is seductively evoked through the use of traditional melodies and exotic instrumental combinations. Songs expressing Butterfly's long wait and unshakeable faith have become famous, such as the aria Un bel dì, vedremo and the Act II interlude, the delicate humming chorus. Dmitri Jurowski, a renowned interpreter of the 20th century operatic and symphonic repertoire, accentuates the interweaving of different musical traditions, as well as the sensuality that pervades the opera. An emotionally and aesthetically impactful performance, that of Damiano Michieletto, directed for the Regio, which brings the story back to its truest and rawest essence: a case of sex tourism, set in a large East Asian metropolis.

Music by Giacomo Puccini
Libretto by Luigi Illica and Giuseppe Giacosa
based on from the novel by John Luther Long and from the drama by David Belasco
World première:
Milano, Teatro alla Scala, 02/17/1904
Overtitles in italian/english
indicative duration
170' 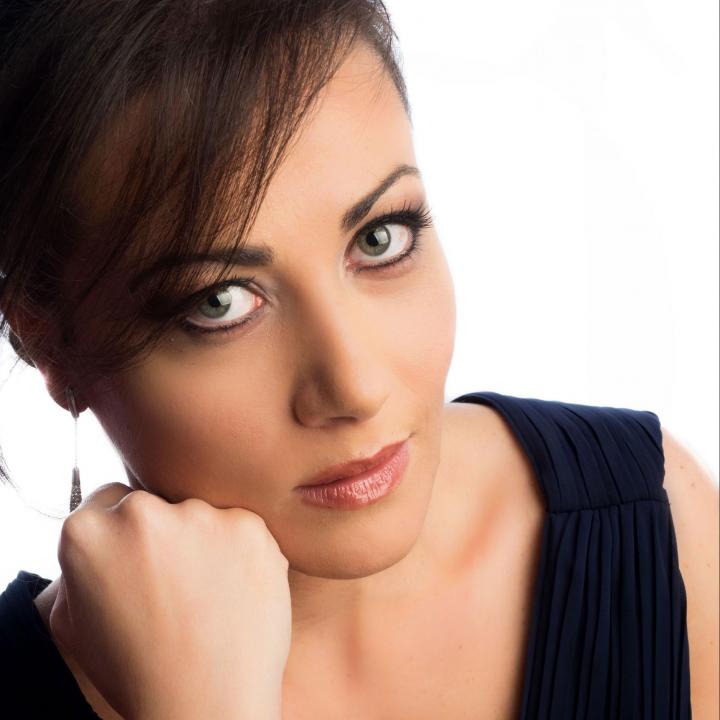 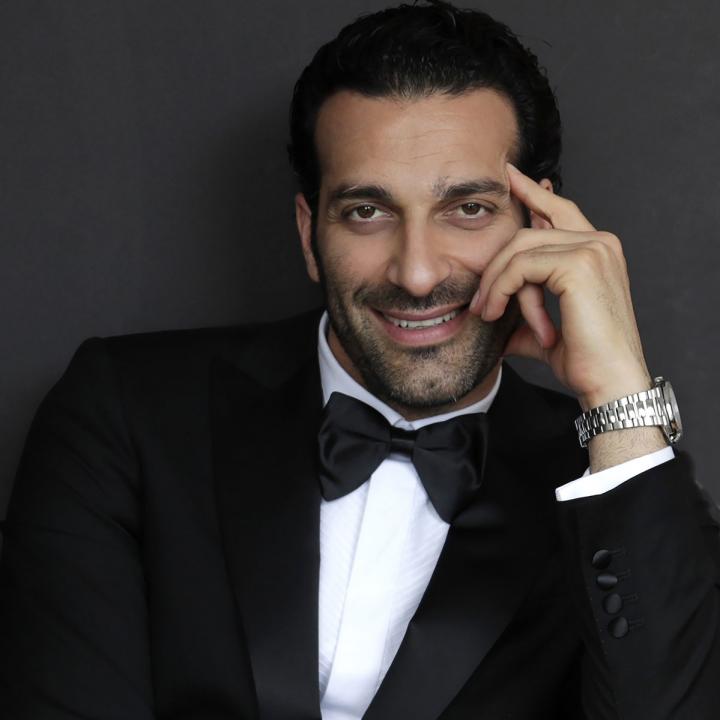 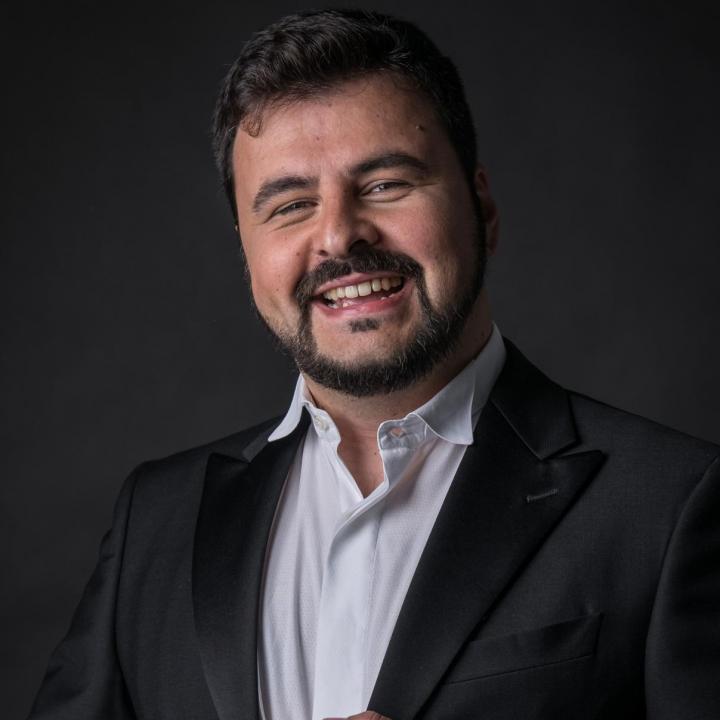 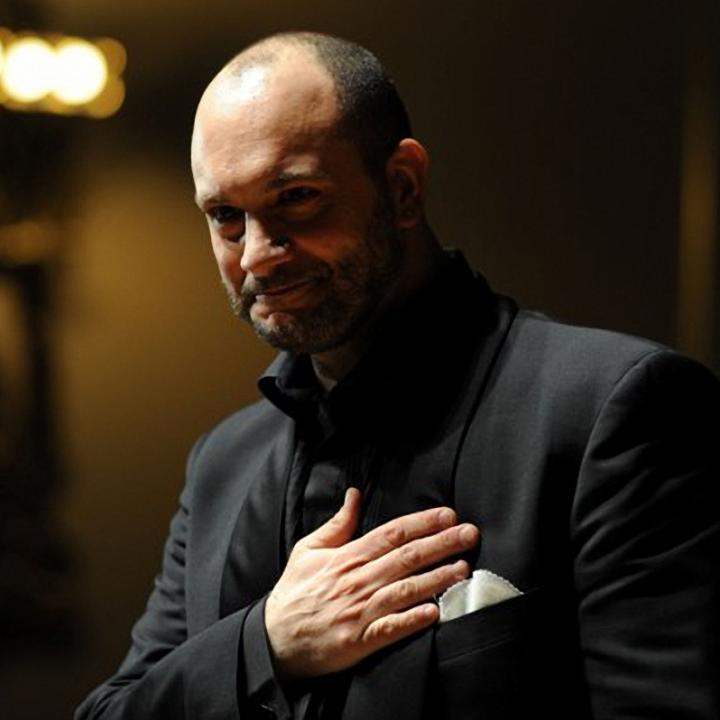 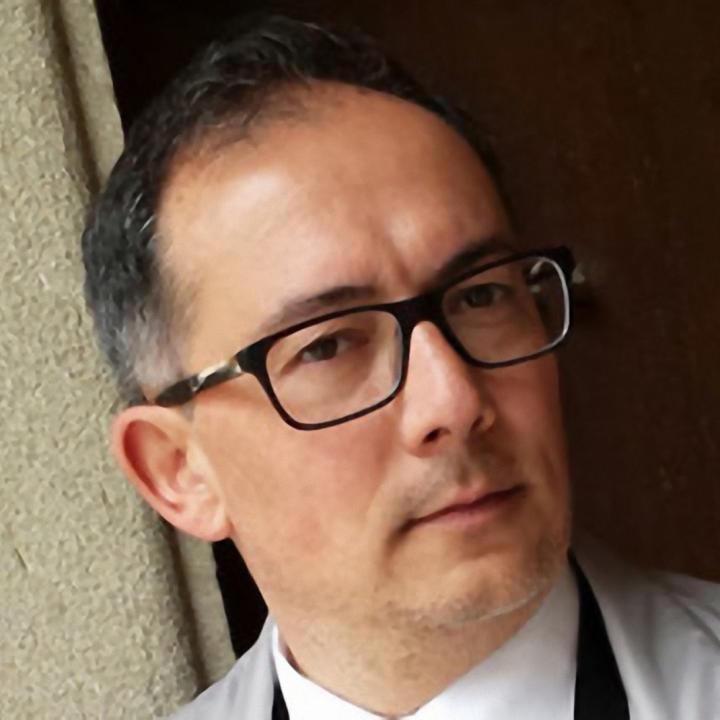 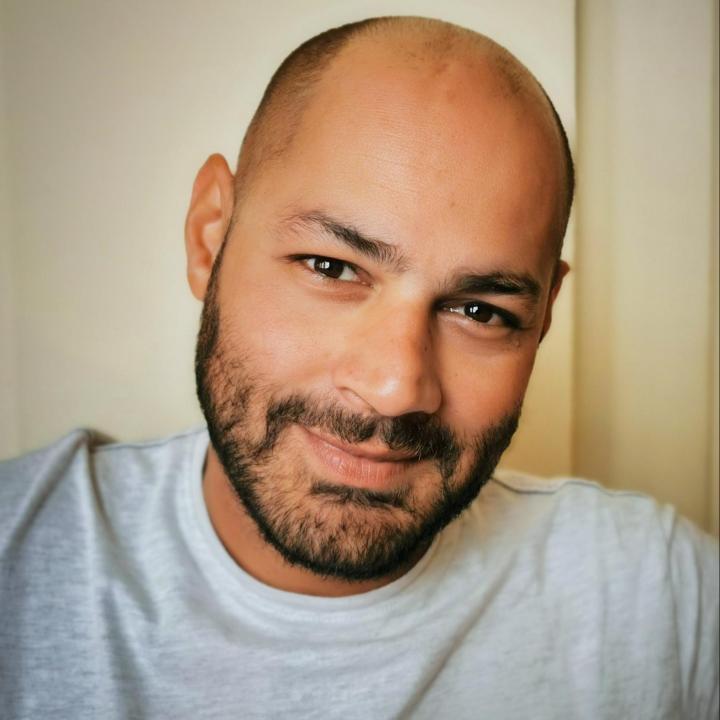 Nagasaki, present day.
On a hill overlooking the city, lieutenant Pinkerton, an official of the U.S. marines in Japan, is waiting for the bridal procession of his young wife, the geisha Cio-Cio-San, called Butterfly. Meanwhile, the marriage broker, Goro, shows him the house and introduces him to the servants that he has come into possession of. Among them, there is Suzuki, Cio-Cio-San’s maid. Goro lists the invited guests, announcing also the arrival of Sharpless, the American Consul. The guests arrive, complaining about the steep and tiring climb, and Pinkerton expounds to them his cynical and libertine philosophy: he is marrying Butterfly in the Japanese custom, with the right to repudiate her after even a month. Sharpless is shocked by Pinkerton’s frivolity, and by his violent and superficial passion; he asks him if the girl is beautiful, and Pinkerton replies by exagerating her qualities, but when asked if he is really in love, Pinkerton confesses to be unsure, but to want her at all costs for himself. Then, when Sharpless raises his glass in a toast to Pinkerton’s family in America, Pinkerton follows with a toast to the moment when he has «a true American wife». Just then, Goro announces the arrival of the bridal procession; Butterfly is heard commenting joyously with her friends on the difficult ascent. In a manner both polite and dignified, she begins to converse with the two Americans: she tells them that, having been born into a very rich family, she was left alone with her mother after her father’s death, and had to become a geisha in order to support them, something she is in no way ashamed of. Then she reveals her real age: she is fifteen years old. Together with the Imperial Commissioner and an official of the Registrar’s Office, Butterfly’s numerous relatives arrive, and immediately begin to comment animatedly on the groom and the ceremony. Pinkerton conducts Butterfly into the house, and she shows him the objects that she carries inside her sleeves: her make-up tools, and a little box that she puts back with care and seriousness. Goro reveals to Pinkerton that it is the dagger that the mikado sent to her father with the order to kill himself. Before the ceremony begins, Butterfly tells Pinkerton that she went secretly, the day before, to the mission in order to convert to Christianity; thus, she can now pray to the same God as her husband. After Goro has called for silence, the two Japanese officials celebrate the brief marriage ceremony, and then make their return to the city, accompanied by Sharpless, who has again advised Pinkerton, before departing, to be cautious in his relationship with the young and enamored geisha. While the rather formal marriage festivities are in progress, a relative of Butterfly, uncle Bonzo, bursts into the house; he has discovered that Butterfly has converted to Christianity, and accuses her in front of the invited guests of recanting the religion of her ancestors. All of her relatives are indignant and leave, while Butterfly bursts into tears. Pinkerton tries to console her, but she claims to be happy despite the rejection by her relatives; under the spell of the starry night, the two lovers declare their happiness.

In a room in Butterfly’s house.
The prayers of Suzuki are interrupted by Butterfly’s musings: when Pinkerton left, he promised to return in the spring, but it has been three years since she heard from him. Butterfly has remained alone with her faithful servant, and the two women find themselves in conditions of extreme poverty. Nevertheless, Butterfly is convinced that Pinkerton will soon return, and waits, confident and serene, for him. Sharpless arrives, and is shown in by Goro: the Consul has received a letter from Pinkerton, and would like to read it to Butterfly, but is prevented from doing so, first by her ceremonious welcome, and then by the arrival of the rich prince Yamadori, who is in love with Butterfly. According to Japanese law, the abandonment by a husband is equivalent to divorce, and Goro would like to organize a marriage between Butterfly and Yamadori, but she refuses him, still firmly convinced of being Pinkerton’s wife. Goro, in a low voice, informs Yamadori and Sharpless that Pinkerton’s ship has been spotted in the port of Nagasaki, but the Consul tells them that Pinkerton has sent him to prepare Butterfly for the prospect that he won’t return to her. When Yamadori has left, Sharpless begins to read Pinkerton’s letter, but Butterfly’s continuous interruptions, and her unshakeable faith in her husband’s imminent return, dissuade him from continuing. Sharpless then asks Butterfly, almost brusquely, what she would do if Pinkerton never returned, and she answers that she could do only one of two things: return to being a geisha or kill herself. When Sharpless, increasingly direct in his attempts to dissuade Butterfly, advises her to accept the offers of the rich Yamadori, she brings out a little blond-haired boy: he is the son she had with Pinkerton, and whose existence her husband ignores. Sharpless is moved and asks Butterfly to forgive him. He leaves, promising to tell Pinkerton about the child. Suddenly, the shouts of Suzuki, outraged by Goro’s insinuations about the paternity of the child, are heard. Butterfly throws him out, threatening to kill him if he repeats his assertion that the child, unacknowledged by Pinkerton, will have a miserable future. A cannon shot announces the entrance of a ship into the port; with a spyglass, Butterfly manages to make out the name: it is the Abraham Lincoln, Pinkerton’s ship that is returning. Butterfly is now convinced that her love has triumphed, and she gives in to her exultation and emotion. She then asks Suzuki to help her in preparing the welcome for her husband, adorning the house with all the flowers from the garden. Wearing the dress in which she was married, she makes three little holes in the paper partition of the room; from there, she will observe Pinkerton’s arrival. In the meantime, night is falling, and from the city, singing can be heard in the distance.

It is now dawn, and while sailors’ singing can be heard from the port, Butterfly is still sitting and waiting; instead, Suzuki and the child are asleep. Suzuki awakes with a start, and urges Cio-Cio-San to rest a little; she takes her son in her arms, and rocking him gently, falls asleep. Sharpless and Pinkerton arrive, but ask Suzuki not to wake Butterfly; she describes to Pinkerton the anxiety with which Butterfly has waited for him for three years, but notices a woman in the garden: it is Kate, Pinkerton’s American wife, who has come to take Butterfly’s child away with her. Sharpless hopes that Suzuki can convince her mistress to give the child to the couple; in the meantime, he reminds Pinkerton that he told him at his wedding of the constancy with which Butterfly was giving herself to him. Pinkerton, finding the house unchanged, and observing the objects that bear witness to a long and faithful wait, is torn by remorse, and asks Sharpless to help Butterfly; he will wait outside. After a last farewell to the scenes of his distant love, he exits. Kate Pinkerton asks Suzuki to convince Butterfly to give up the child, and then goes away to wait. Butterfly has meanwhile awakened, and hoping to see Pinkerton, enters with all haste into the room; the silence of Sharpless and Suzuki and the vision of the woman in the garden make her guess the truth. Desperate, Butterfly agrees to relinquish the child on the understanding that Pinkerton himself will come the next day to take him. Sharpless and Kate having gone away, Butterfly asks Suzuki to take her son outside to play, and to close the sliding partitions of the room so that she can be in darkness; Suzuki carries out these tasks, commenting sadly on her mistress’s pain. Left alone, Butterfly seizes the dagger with which her father committed suicide, but as she points it at her throat, her son enters, pushed into the room by Suzuki. Butterfly bids him a painful farewell, blindfolds him, and puts him down to play nearby. She then conceals herself behind a screen and stabs herself, dying just at the moment when Pinkerton, crying out her name, rushes to her.