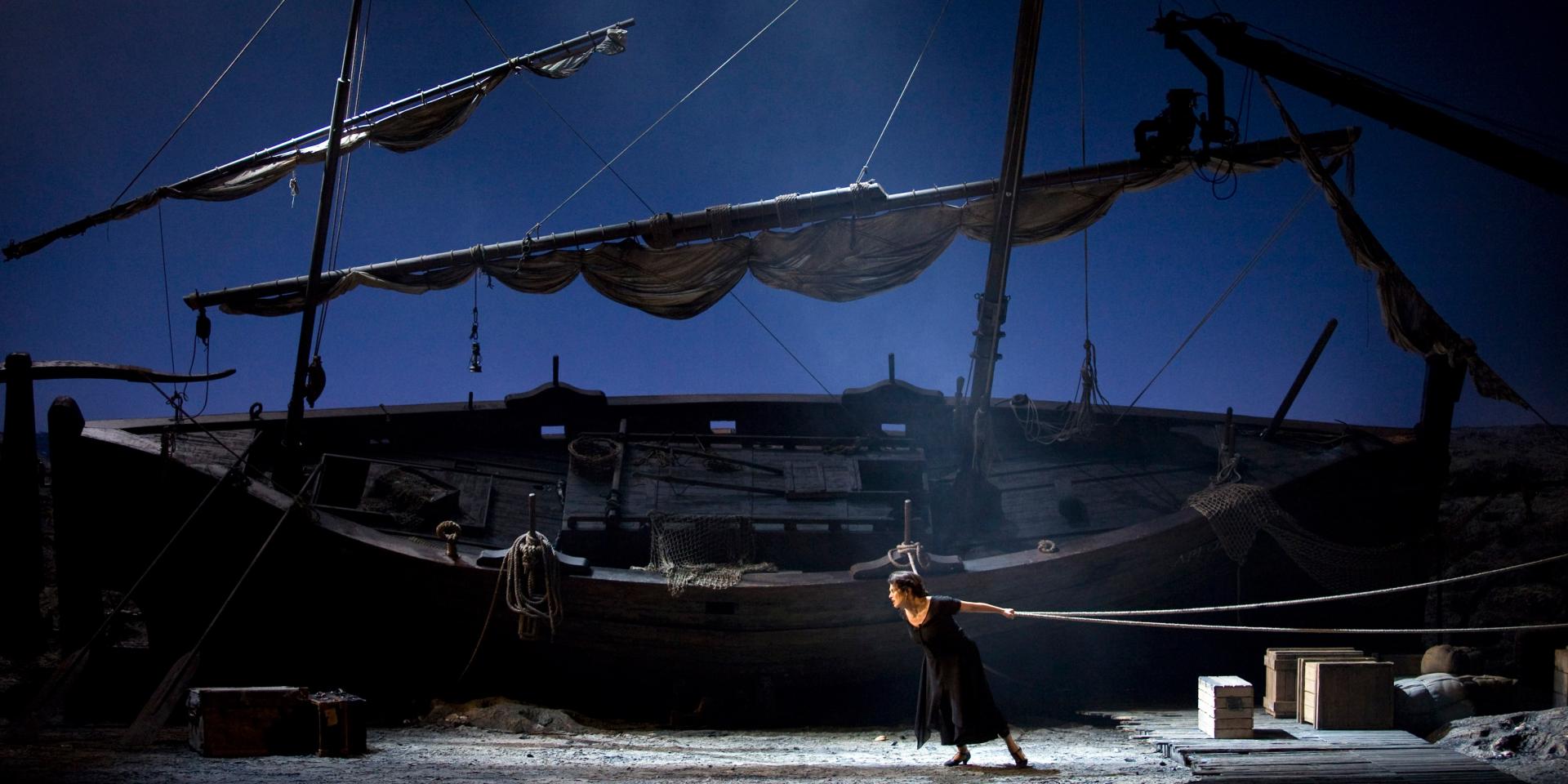 “The height of dramatic music,” as Johannes Brahms defined Luigi Cherubini’s Medea, the opera set to a libretto by François-Benoît Hoffmann, based on Euripides’ tragedy, which Rai5 broadcasts on Tuesday, May 5 at 5.30pm in the Teatro Regio edition staged by Hugo de Ana. Dominated by a large ship with folded sails, stranded on an arid beach, the show inaugurated the Regio season in 2008. The vengeful sorceress of Colchis, who murdered her own children to punish Jason’s betrayal and who became popular mainly thanks to Maria Callas’ compelling performance, has the voice of Anna Caterina Antonacci. Next to her are Giuseppe Filianoti, Cinzia Forte, Sara Mingardo and Giovanni Battista Parodi. The Orchestra and Chorus of the Teatro Regio are conducted by Evelino Pidò.