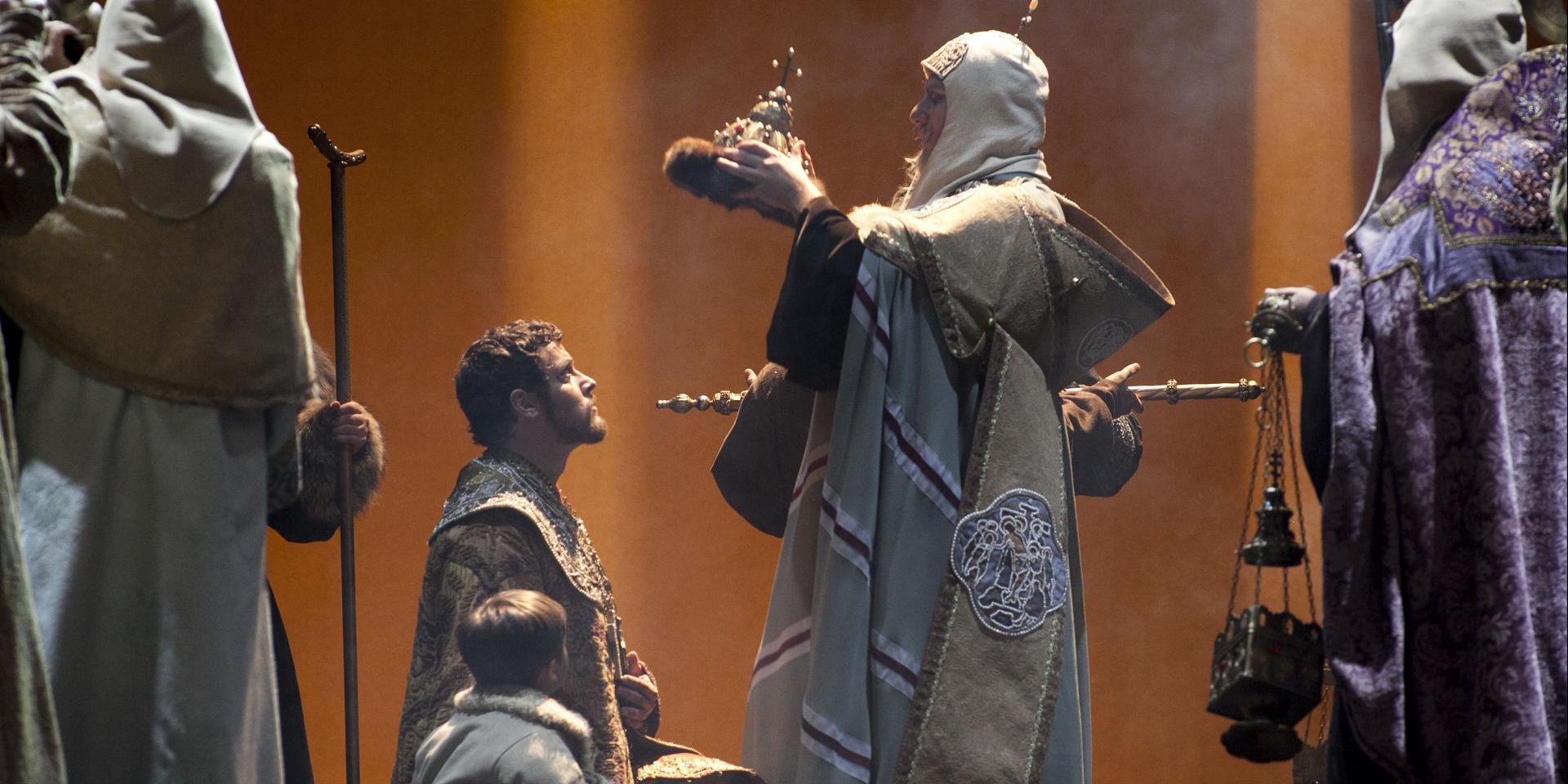 A magnificent tableau of Russia between the 16th and 17th centuries, set in the years of intrigue and riots following the death of Ivan the Terrible. #Operaonthesofa returns tonight at 6.45 pm on Rai5 with Modest Mussorgsky’s masterpiece Boris Godunov staged by Andrei Konchalovsky in 2010, with Gianandrea Noseda conducting the Orchestra of the Teatro Regio. Based on the eponymous tragedy by Alexander Pushkin and History of the Russian State by Nikolay Karamzin, the opera features Orlin Anastassov in the leading role, Vladimir Vaneev and Alessandra Marianelli. The Chorus is prepared by Roberto Gabbiani, and the Teatro Regio Children’s Chorus and the “G. Verdi” Conservatory Chorus is under the guidance of Claudio Fenoglio.