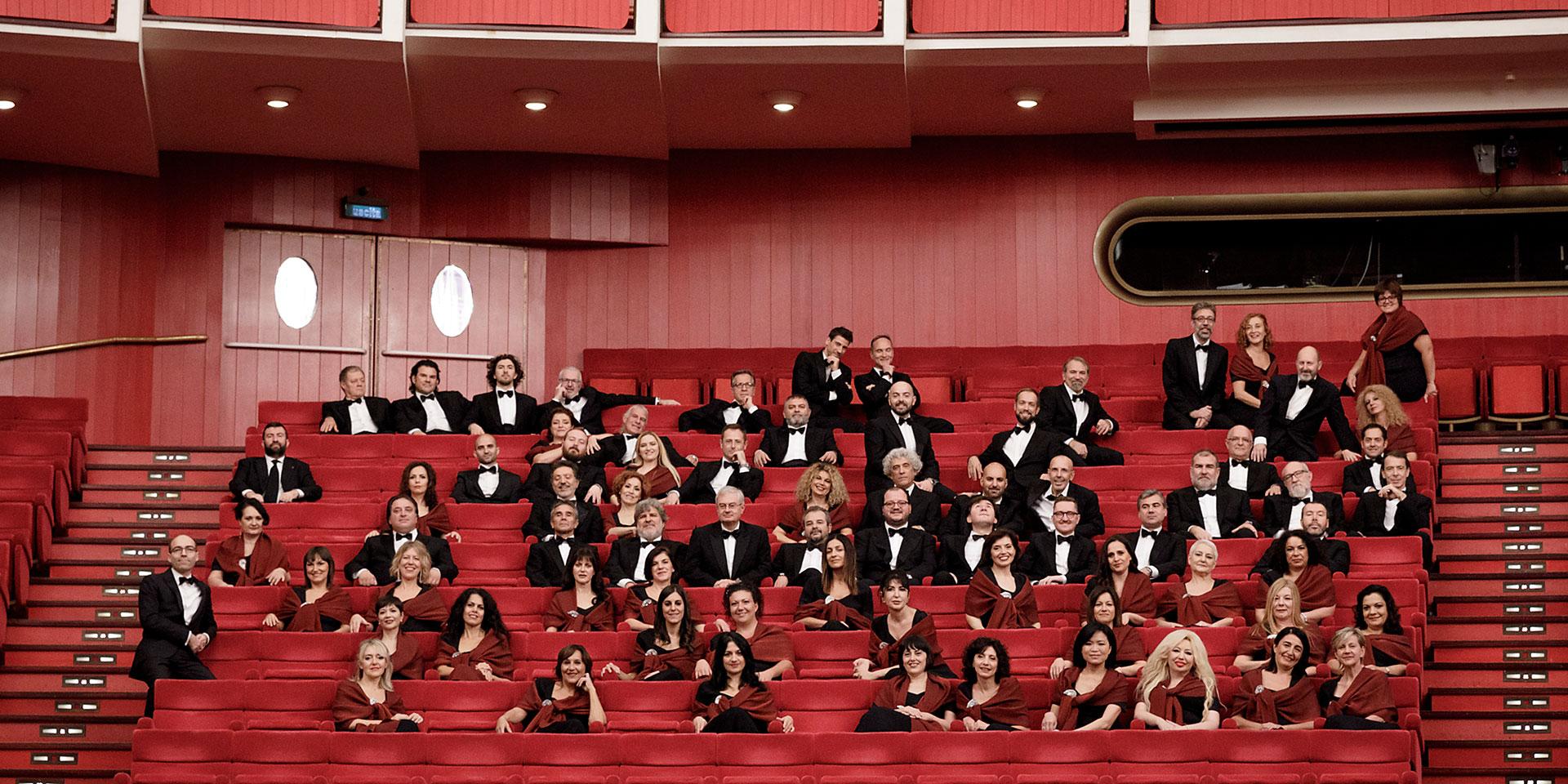 Founded at the end of the 19th century and re-established in 1945 after the Second World War, the Chorus Teatro Regio Torino is one of the most important opera choruses in Europe. Under the direction of maestro Bruno Casoni (1994-2002) it reached the highest international level as demonstrated by the performance of Otello by Verdi under the direction of Claudio Abbado and by the esteem of Semyon Bychkov, who, after conducting it in 2002 in the B-minor Mass by Bach, invited it to Cologne to record Verdi’s Requiem and returns in 2012 to involve it in a concert of Brahms with the Rai National Symphony Orchestra.

The Chorus was later directed by maestros Claudio Marino Moretti, Roberto Gabbiani and Claudio Fenoglio, who fostered its artistic development even further. Since February 2018 the position was assigned to Andrea Secchi.

Engaged in the productions of the Opera Season, the Chorus also carries out important concert activity and, together with the Orchestra Teatro Regio Torino, appears today in the videos of some of the most interesting productions of last Seasons and in many recordings such as, in particular, Four Sacred Pieces by Verdi and the two cd dedicated to Petrassi, conducted by Gianandrea Noseda.