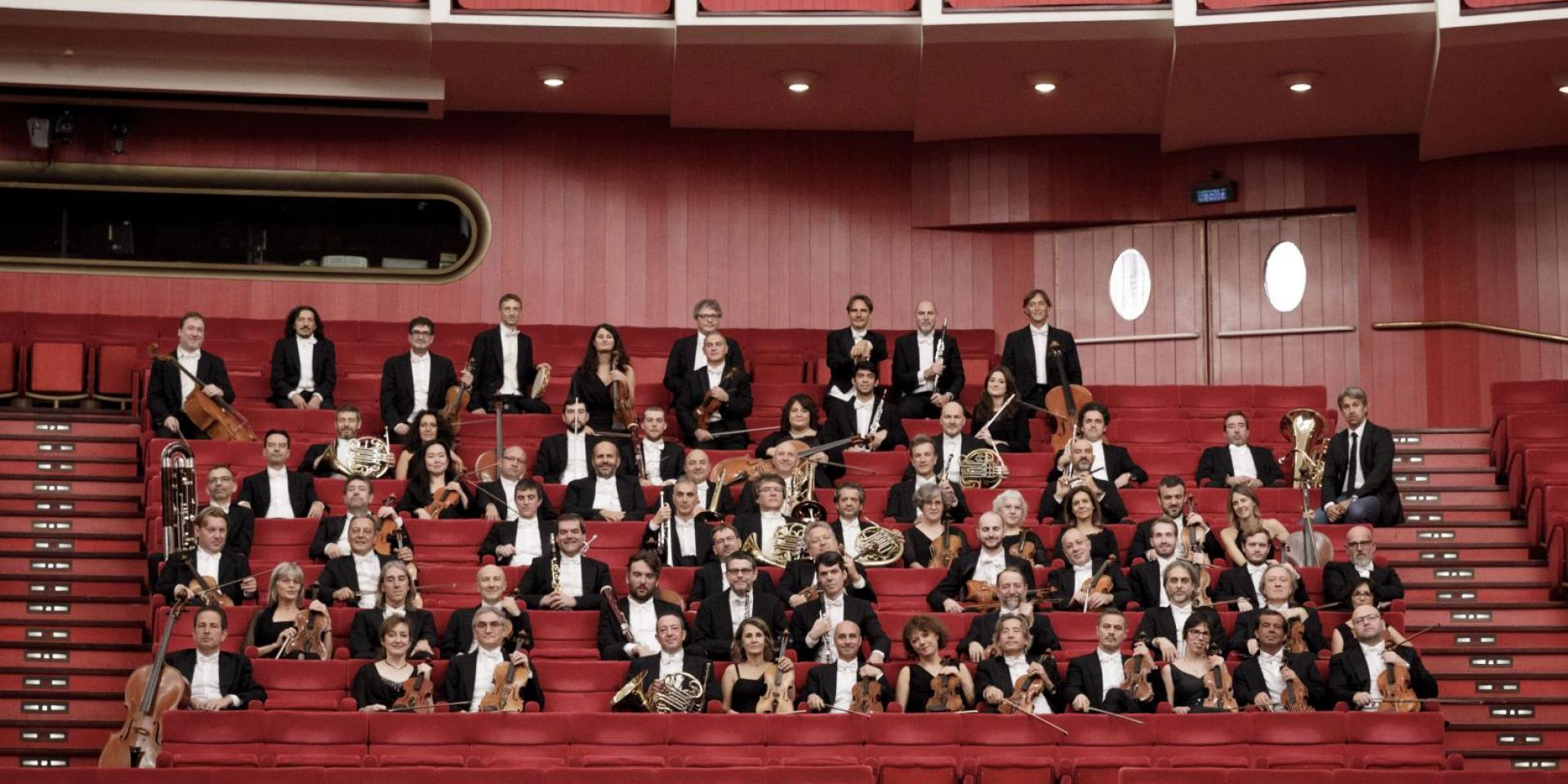 The Orchestra Teatro Regio Torino descends from an ensemble founded at the end of the 19th century by Arturo Toscanini, under whose direction numerous concerts and historic opera productions were staged. The Orchestra played among others the first Italian performance of Götterdämmerung by Wagner and Salome by Strauss, and above all the world premières of Manon Lescaut and La bohème by Puccini.

During its long history, the Orchestra has demonstrated a marked versatility in confronting both the standard repertoire and many works of the 20th century, such as Gargantua by Corghi and Leggenda by Solbiati. It has performed with the most renowned soloists and has been conducted by such internationally famous conductors as Roberto Abbado, Ashkenazy, Bartoletti, Bychkov, Campanella, Dantone, Gelmetti, Gergiev, Hogwood, Luisi, Luisotti, Oren, Pidò, Sado, Steinberg, Tate and Gianandrea Noseda, who occupied the position of Music Director of the Teatro Regio from 2007 to 2018. It has also accompanied important ballet companies like the Bolshoi of Moscow and the Mariinsky of St. Petersburg.

Many times the Orchestra has been invited to foreign festivals and theatres; in the last years, it has been guest, together with maestro Noseda, in Germany, Spain, Austria, France and Switzerland. In summer 2010 it carried out a triumphant tour in Japan and China with Traviata and Bohème, a great success largely repeated in 2013 with "Regio Japan Tour". In 2014, after the tour in Saint Petersburg and Edinburgh, it took place the first tour in United States and Canada. Three important international events in 2016: Orchestra and Chorus Teatro Regio Torino have been guest of honour at 44th Hong Kong Arts Festival, then in Paris and in Essen and also at the memorable Savonlinna Opera Festival. 2017, after the steps in Geneva and Lugano, has seen the Orchestra involved in a concert in Buenos Aires and the Regio guest for the second time at the Edinburgh International Festival with four performances of La bohème, three of Macbeth (reproposed as unstaged version in Paris) and the Requiem Mass by Verdi; in September, finally, took place the first tour in Middle East, with three performances of Aida at the Royal Opera House Muscat, in Oman. In 2018, the Theater ensembles opened the Festival Septembre Musical in Montreux-Vevey and they have been invited to the Sagra Musicale Malatestiana in Rimini, with overtures and choruses from Verdi's and Wagner's operas. In August 2019 the Regio has received enthusiastic success with two performances of the Traviata staged by Henning Brockhaus and Josef Svoboda at the historic Lubiana Festival, in Slovenia, under the conduction of Donato Renzetti.

Orchestra and Chorus Teatro Regio Torino have an intense recording activity within which it is pointed out some of the most interesting productions: Medea, Edgar, Thaïs, Adriana Lecouvreur, Boris Godunov, Un ballo in maschera, I Vespri siciliani, Leggenda, Don Carlo, Faust, Aida, La bohème, L'incoronazione di Dario, La donna serpente, I Lombardi alla prima crociata and Agnese, a rediscovered gem by Ferdinando Paer. Among the most recent recordings, all conducted by Gianandrea Noseda, there are: Second Symphony by Mahler (Fonè), the cd Fiamma del Belcanto with Diana Damrau (Warner Classics/Erato), reviewed by «New York Times» as one of the 25 best classical music albums of 2015, two Deutsche Grammophon CDs, dedicated to Verdi, one with Rolando Villazón and the other with Anna Netrebko; for Chandos Four Sacred Pieces by Verdi and, within the series «Musica Italiana», two album dedicated to choral symphony composition by Petrassi.