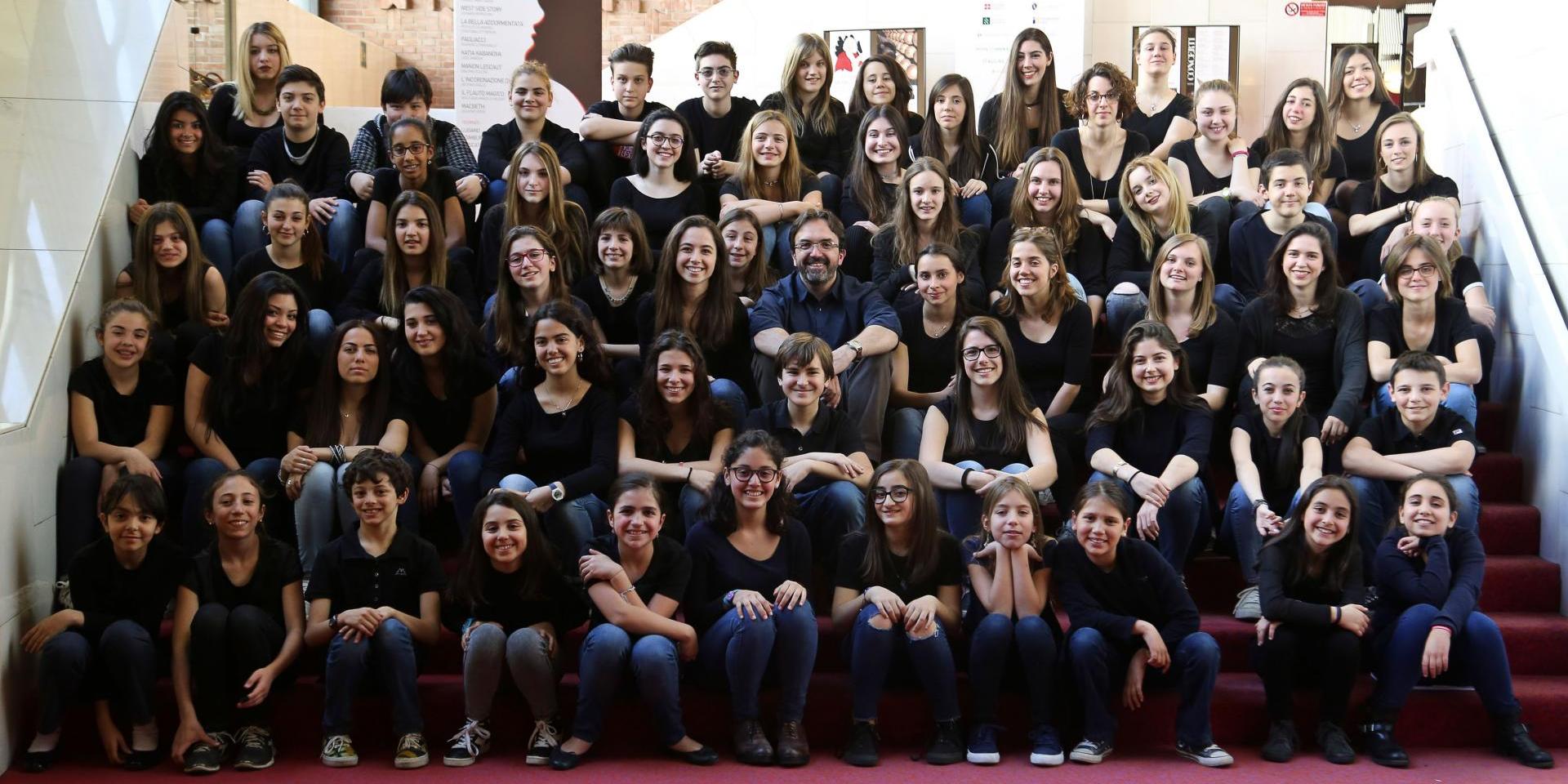 The Children’s chorus of the Teatro Regio and the «Giuseppe Verdi» Conservatory of Torino came into being at the end of 1997 as a result of the collaboration of these two institutions. Since then and until 2008 it had been directed by Maestro Claudio Marino Moretti, who was followed by Maestro Claudio Fenoglio.

It has performed fo the first time at the Regio in the 1997 Christmas concert. In 2000 at the World Summit in Geneva, it took part in the Children’s Day in the presence of Heads of State and UN delegates and, in 2002 at the Christmas Concert at the Basilica of Assisi. In 2005 it also took part in the International Festival of Children’s Choruses that took place in Torino at the Church of Santa Pelagia. In 2008 it took part to a majestic Turandot directed by Zhang Yimou and to the ballet The Nutcracker with the new choreography by Maurice Béjart. In 2011, under the conduction of Gianandrea Noseda, it has inaugurated Festival MITO performing the monumental Symphony of a Thousand by Gustav Mahler.

The chorus has been intensely involved in activities for School at the Opera, in which it has been protagonist of many operas for children: The Little Sweep by Benjamin Britten, Ciottolino by Luigi Ferrari Trecate, La nave a tre piani by Carlo Boccadoro, Cenerentola, ovvero Angelina e la magia del cuore (Cinderella, or Angelina and the Magic of the Heart) from the Rossini's opera, C'era una volta un flauto magico (Once upon a Time there was a Magic Flute) taken from Mozart’s Singspiel, Noye's Fludde by Britten and many titles staged for the International Holocaust Remembrance Day: Brundibár by Hans Krása, Anna, o Il percorso della memoria (Anna, or The course of memory) di Enrico Maria Ferrando, Children’s Crusade by Benjamin Britten, La favola di Natale (The Christmas' Tale) by Guareschi and Arturo Coppola.

For the Opera Seasons of Teatro Regio, it participates in at least two opera prductions per year; during the last years it has been particularly engaged in titles in which the authors have dedicated to children chorus a main role, such as Hänsel und Gretel by Engelbert Humperdinck (2015), The Cunning Little Vixen by Leoš Janáček (2016), Pollicino by Hans Werner Henze (2016) and Pinocchio by Pierangelo Valtinoni (2019).

From the collaboration with the Luigi Martinale Jazz Trio have originated many concerts and the record Sundials’ Time. In 2017, on the occasion of the 20th anniversary, the Chorus has performed in different locations of Torino and Piedmont and it has hold a triumphal concert at the Teatro Regio within the European Opera Days.